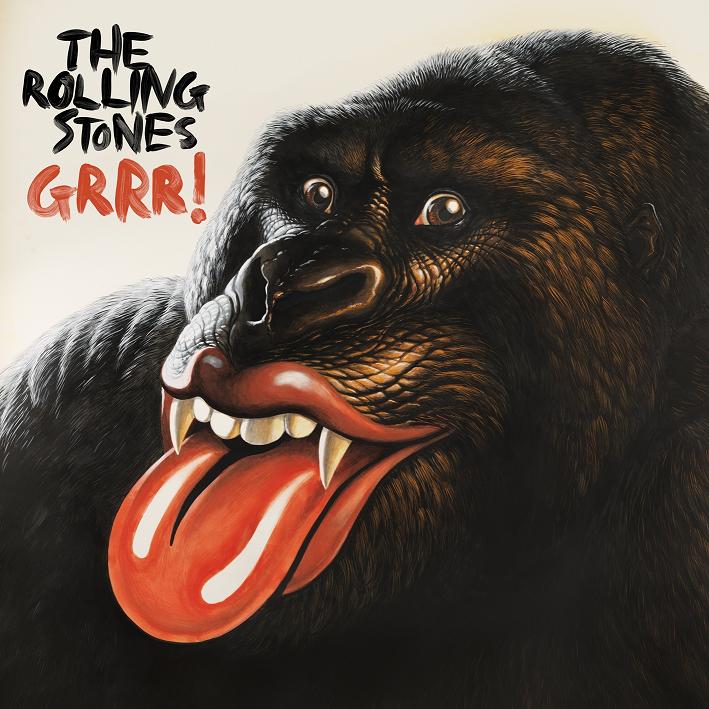 Available in various different formats – including a three-CD 50 track version featuring 50 tracks, and a four-CD Super-Deluxe version gathering a whopping 80 tracks – the collection tells the fascinating ongoing story of the Greatest Rock’n’Roll Band In The World, from their high octane version of Chuck Berry’s Come On, their first single issued in June 1963, via the thrilling chart-toppers The Last Time, (I Can’t Get No) Satisfaction, Get Off Of My Cloud, Jumping Jack Flash and Honky Tonk Women and the perennial juke-box and concert favourites Brown Sugar, Tumbling Dice, Miss You and Start Me Up, all the way to the present day with the inclusion of Gloom And Doom and One Last Shot, two new studio recordings recently completed by the group in Paris, France.

These brand new recordings constitute the first time Mick Jagger, Keith Richards, Charlie Watts and Ronnie Wood have all been together in the studio since completing the exalted A Bigger Bang album in 2005, and follow on from the critically-acclaimed expanded re-releases of the historic 40th Anniversary live Madison Square Garden concert “Get Yer Ya-Ya’s Out!” in November 2009 and of two of their seventies masterworks, Exile on Main St., in May 2010, and Some Girls, in November 2011.

All GRRR! formats will feature a striking painting by award-winning American artist Walton Ford, who has created the latest in a long line of iconic artwork that has always been part of the band’s DNA.

Mick Jagger and Keith Richards were schoolfriends who lost touch, met up again at Dartford train station in 1960, and bonded over a shared love of rock’n’roll and Chicago blues. Within a couple of years, they were joined by guitarist Brian Jones and pianist Ian Stewart and became part of the rich rhythm and blues scene that gravitated around Alexis Korner and Cyril Davies in London. By January 1963, they had added drummer Charlie Watts and bassist Bill Wyman and were playing a repertoire of Chess Records favourites Chuck Berry, Bo Diddley, Muddy Waters – whose Rollin’ Stone composition provided their name – and Howlin’ Wolf – whose Little Red Rooster became their second UK number one in 1964. Jagger and Richards forged a creative partnership that endures to this day and has produced some of the most memorable songs in music history, including the much-covered Ruby Tuesday and Wild Horses.

The Jagger-Richards catalogue is remarkably consistent, full of unexpected lyrical and melodic twists which helped shaped popular music. Compositions like 19th Nervous Breakdown, Paint It, Black, Have You Seen Your Mother, Baby, Standing in the Shadow? and Let’s Spend The Night Together articulated the feelings and frustrations of the counterculture generation and held a mirror to British society. In 1968, the Rolling Stones made the seminal Beggars Banquet album, featuring the heart-of-darkness opener Sympathy For The Devil and the finely-observed Street Fighting Man whose ‘what can a poor boy do, except to sing for a rock’n’roll band?’ lyric sounds more apposite than ever. They survived the loss of Jones, replaced by Mick Taylor who proved a sterling contributor to Let It Bleed, the influential 1969 album which included the elegiac You Can’t Always Get What You Want and the ominous, eerily prescient Gimme Shelter.

With Jagger, the ultimate showman setting the gold standard for other lead singers, and Richards, the iconic guitarist raising the bar in riff-making, the Rolling Stones were the first band to master the art and craft of playing arenas and effortlessly made the groundbreaking move into stadiums in the seventies. They have remained the world’s top concert attraction with every successive record-breaking tour, as effective performing beautiful ballads like Angie and Fool To Cry as the out-and-out rocker Respectable, their 1978 riposte to the punks who copped so many moves from them. The arrival of Wood, who took over from Taylor in the mid-seventies, added his signature slide and pedal steel guitar to an already heady brew and proved the perfect partner in the ‘ancient art for weaving’ for Richards on tracks like Beast Of Burden, coincided with the funkier direction of the dancefloor fillers Hot Stuff and Emotional Rescue. In 1983, the edgy, sonically-adventurous Undercover Of The Night showed the group still had their finger on the pulse of alternative culture; the controversial Undercover video, directed by Sex Pistols associate Julien Temple, provided another highlight in a storied career that has seen them collaborate with world-famous film-makers like Nicolas Roeg, Jean-Luc Godard, Martin Scorsese, the Maysles and Peter Whitehead.

The Rolling Stones overcame the mid-eighties hiatius that nevertheless saw them score one of their biggest successes with their superior version of Bob & Earl’s Harlem Shuffle, and returned stronger than ever with the Steel Wheels album and its irresistible lead off-track Mixed Emotions in 1989. Following Wyman’s exit in 1993, they soldiered on and hit another purple patch with the Voodoo Lounge and Bridges To Babylon albums and their respective singles, the harmonica-led Love Is Strong and Anybody Seen My Baby, their first hit to feature sampling and rapping. In 2005, the soulful, gospel-infused ballad Streets Of Love, from A Bigger Bang, became a worldwide smash 42 years after their first chart entry, while the 1972 outtake Plundered My Soul helped the expanded Exile On Main St. return to the top the UK album charts 38 years after its original release, a feat unmatched by any artist.

Cherry-picking timeless hit singles and classic album tracks from their peerless catalogue and bringing the story up to date, the various formats of GRRR! offer the perfect package to help Rolling Stones fans celebrate the group’s fiftieth anniversary in style.

In celebration of the Rolling Stones’ incredible journey, an innovative campaign has been launched to reveal their GRRR! Greatest Hits album sleeve using 3D Augmented Reality.

During a three week teaser campaign, fans were invited to download the free uView app in preparation for a big announcement.

From today, using the uView app fans can scan the GRRR! sleeve and watch the stunning imagery come to life in 3D animation right before their eyes.

The campaign will have further exciting updates coming soon.

The use of one of the most advanced forms of mobile technology currently around solidifies The Rolling Stones as one of the most innovative bands in the world and as relevant as they have always been.

The technology has been developed in partnership with Aurasma, the leaders in image recognition and augmented reality technology.