The Rolling Stones in Mono 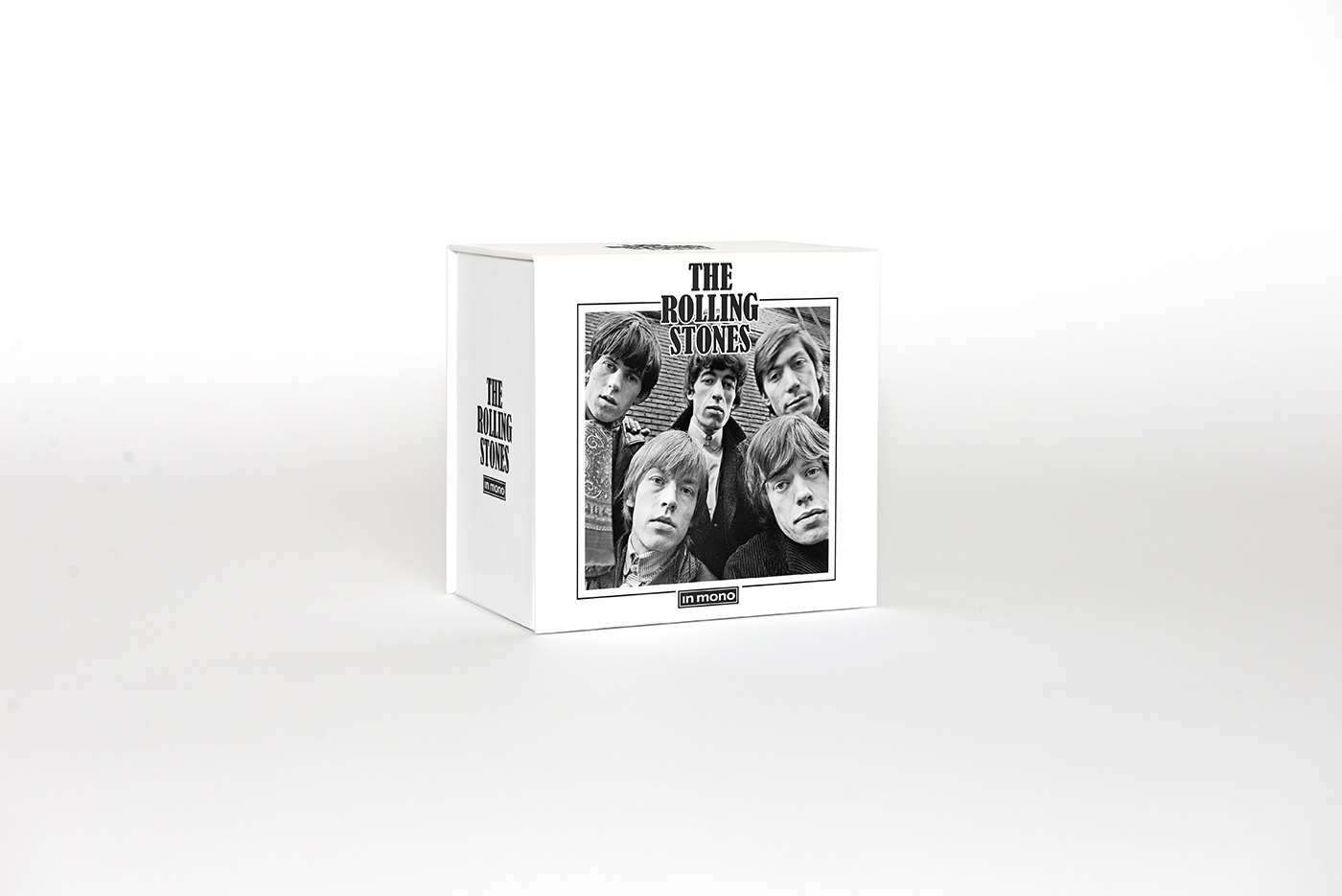 This year, for the first time ever, all mono studio recordings released by The Rolling Stones in the 1960s will be available in one unique historic collection. On September 30 ABKCO Records will make available world wide the vinyl and CD box sets of The Rolling Stones in Mono as well as Standard Digital, Mastered for iTunes and True HD (96k/24 bit, 192k/24 bit and DSD). The collection will contain a total of 186 tracks, 56 of which have never before been heard in mono since the advent of the digital age.

Spanning the era between 1963 and 1969, The Rolling Stones in Mono covers the formative years of “The Greatest Rock & Roll Band in the World.” During this era, most rock and pop recordings were originally recorded in mono, with stereo often an afterthought, dealt with only following the completion of the original (mono) version of a given track. In short, mono reigned and this was, indeed, the case for the Rolling Stones during the period. While typical playback systems of the time were less than sophisticated, the original mono recordings, especially as heard through quality components, were of the highest audio quality and had a powerful and very direct impact. “You felt you were in the room . . . listening to exactly what went down in the studio, no frills, no nothing,” Keith Richards wrote in his autobiography, Life. “Rock was a completely new musical form,” Mick Jagger explained in a 1995 Rolling Stone interview. “It hadn’t been around for ten years when we started doing it . . . You felt like one of the chosen few, one of the only ones in the world who would get to play with this new toy. We had evangelical fervor.” Late recording engineer Dave Hassinger explained how he mixed his ’64-’66 work for the Stones in mono, “They always played together at the same time,” Hassinger said. “They would run the parts down, work out the changes here and there, nail it down, then start recording.”

Rolling Stone senior editor David Fricke, in his 5,000-word essay that accompanies the set, writes, “The Rolling Stones in Mono is the full studio account of that first decade of history and mayhem, newly remastered with unprecedented fidelity and revelatory detail.” His commentaries are included with the vinyl and CD box sets as part of a 4-color deluxe 48 page lie flat book that features numerous rare photos by renowned photographer Terry O’Neill. The 16 LPs or 15 CDs are housed in the original full color album jackets that fit along with the book into a one-piece specially crafted box.

The Rolling Stones in Mono was mastered by acclaimed GRAMMY® award-winning engineer Bob Ludwig at Gateway Mastering. For the project, he utilized Direct Stream Digital (DSD) transfers from the original master recordings, with a sampling rate of 2,822,400. Lacquer cutting for vinyl was performed at Abbey Road Studios by Alex Wharton and Sean Magee. All vinyl box sets will be numbered and pressed on 180-gram vinyl. The Rolling Stones in Mono project has been overseen by Teri Landi, ABKCO’s Grammy award winning Chief Audio Engineer.