The Rolling Stones: Sympathy For The Devil to Screen at Cornell Cinema 2/11 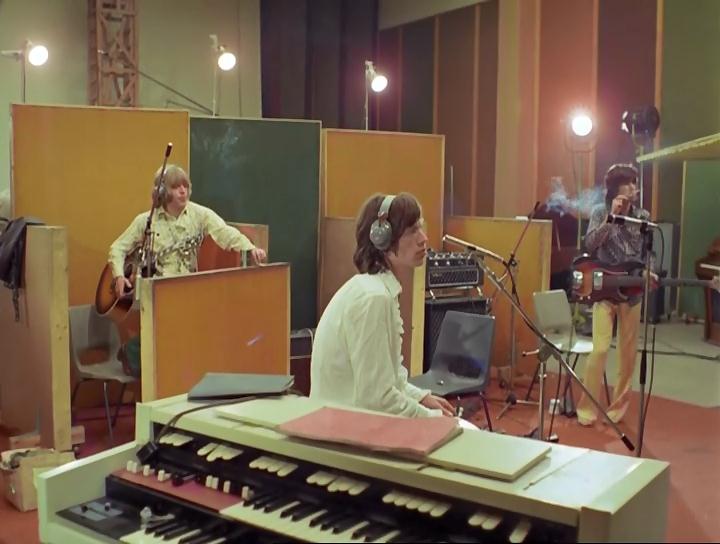 Originally called One Plus One, Godard conceived the film “literally as one plus one: a theme of construction (the Rolling Stones rehearsing “Sympathy for the Devil”), and one of destruction (the suicide of a white revolutionary when her boyfriend deserts to Black Power). Endless production problems and disgruntlement on Godard’s part turned it into a random collage which the viewer is supposed to ‘edit’ himself. A daunting task, but the images are often riveting. In the version called Sympathy for the Devil, producer Iain Quarrier tacked the completed recording of the Stones’ number on to the end of the film (and in an incident at the 1968 London Film Festival that has become legend, was assaulted by an infuriated Godard for his pains).” (Time Out Film Guide) It will be preceded by legendary ethnologist Jean Rouch’s The Mad Masters: Les maîtres fous (28 mins, 1955), which depicts a possession ritual of the Hauka religious sect in Ghana using the delirious techniques of “ciné-trance.” “[The Mad Masters] has been recognized as an anthropological classic and is now widely considered to be one of the most profound explorations of an African view of the colonial world.” (Matt Losada, Senses of Cinema)