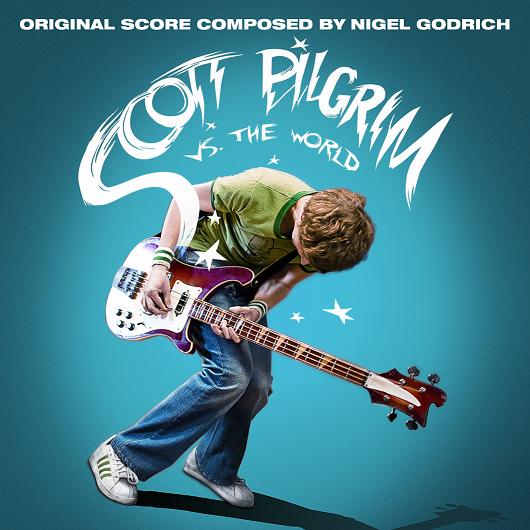 ABKCO is digitally releasing Scott Pilgrim vs. the World (Original Score Composed by Nigel Godrich) on August 10th in anticipation of the film’s national theatrical debut on August 13th, it was announced today. August 10th is also the release date for Scott Pilgrim vs. the World (Original Motion Picture Soundtrack) which will be available both digitally and physically.

Filmmaker Edgar Wright (Shaun of the Dead, Hot Fuzz), commented: “I have been very fortunate to be good friends with the amazing Nigel Godrich for a full decade and couldn’t be more thrilled that we finally got to work together on this. Nigel’s score is unique, eclectic and multi-faceted. I love how it works in the film, and it makes for a great listen in its own right. It was also a treat for us both to work with some many great collaborators on it including Beck Hansen, Cornelius, Dan Nakamura, Kid Koala, David Campbell, Danny Goffey, Gaz Coombes, Kevin Drew, Brendan Canning, Joey Waronker and Gus Seyffert. The score is a sonic embarrassment of riches, and I can’t wait for people to hear it.”

Godrich, the celebrated producer who has worked on albums by Radiohead, Beck, Paul McCartney, Travis and many others composed the film’s original score and also served as executive producer on a soundtrack that includes a number of original songs composed by alternative/modern rock kingpin Beck. The score album includes two mash-ups—“Katayanagi Twins vs. Sex Bob-Omb” from Cornelius + Beck as well as “We are Sex Bob-Omb (Fast)” from Godrich + Beck—as well as “Slick (Patel’s Song)” and “Ninja Ninja Revolution,” both from Dan the Automator. Godrich collaborated with Jason Falkner & Justin Meldal-Johnsen on “Bass Battle,” which is one of the score album’s 38 tracks. Also included are three remixes by Osmyso: “Love,” “Ramona” and “Prepare.”

About the movie:
Meet charming and jobless Scott Pilgrim (Michael Cera). A bass guitarist for totally average garage band Sex Bob-Omb, the 22-year-old has just met the girl of his dreams…literally. The only catch to winning Ramona Flowers (Mary Elizabeth Winstead) is battling her seven evil exes that are coming to kill him. Genre-smashing filmmaker Edgar Wright tells the amazing story of one romantic slacker’s quest to power up with love in Scott Pilgrim vs. the World.

Scott Pilgrim has never had a problem getting a girlfriend. It’s getting rid of them that proves difficult. From the girl who kicked his heart’s ass—and now is back in town—to the teenage distraction he’s trying to shake when Ramona rollerblades into his world, love hasn’t been easy. He soon discovers his new crush has the most unusual baggage of all: a nefarious league of exes controls her love life and will do whatever it takes to eliminate him as a suitor.

As Scott gets closer to Ramona, he must face an increasingly vicious rogues’ gallery from her past—from infamous skateboarders to vegan rock stars and fearsomely identical twins. And if Scott Pilgrim hopes to win his true love, he must vanquish them all before it really is game over.