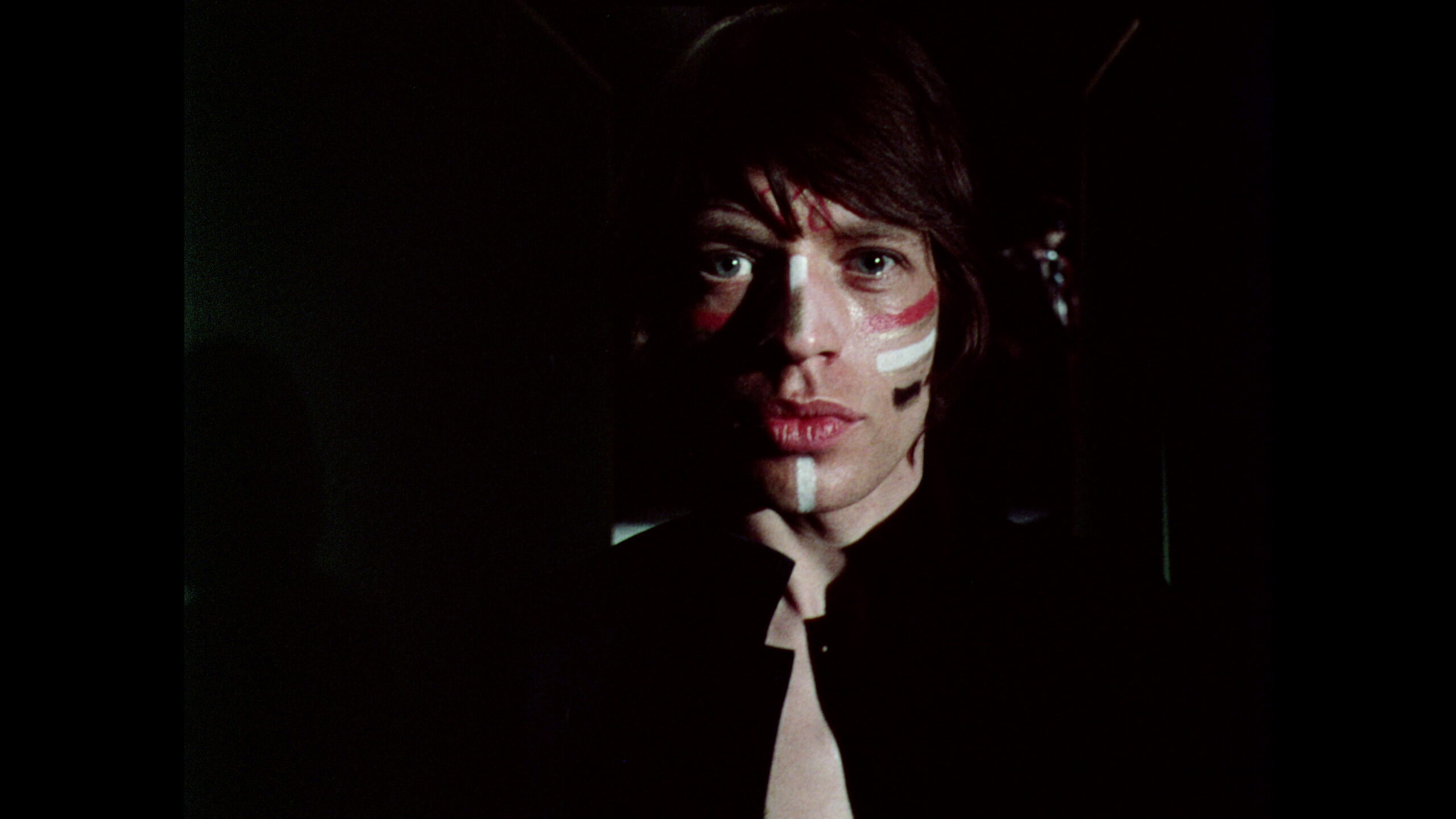 The official music videos of The Rolling Stones performing “Jumpin’ Jack Flash” have been released. Produced between 1967 and 1968 the videos have been faithfully restored in 4K. The video releases are two different versions of “Jumpin’ Jack Flash” (one with makeup and one without) directed by Michael Lindsay-Hogg (The Rolling Stones Rock and Roll Circus, Let It Be) and were shot over the course of a single day at Olympic Studios in London during the spring of ’68. The first version, featuring a makeup-free Stones, has the distinction of incorporating a completely unique version of the song (vocals and all other instruments), whereas the version with a makeup-clad Mick Jagger, Keith Richards, Brian Jones, Bill Wyman and Charlie Watts utilizes a fresh Jagger vocal take over the backing track from the single.

“We shot the one without the makeup first,” explains Michael Lindsay-Hogg, who got his start directing episodes of the British music TV program Ready Steady Go!  where he began working with the band. “They were great. As we were doing it, I felt there was an ingredient missing, although at that point I didn’t know what it was. We had a small meal break and I saw Brian Jones sitting by the makeup table and sort of playing with the colors—putting it on his face and then wiping it off—and I thought, ‘Huh. That’s a real interesting look.’ And so I said to Mick, Keith, Charlie and Bill, ‘Just go over there to the makeup table and see what it’s like if you put some stuff on your face—either stripes or eye makeup, or full-face glitter, whatever strikes you.’”

Lindsay-Hogg continues, “They worked with our very bright makeup person Linda DeVetta and they kind of got into it. After about an hour they looked different, especially Keith and Brian. Then we found the big, space alien glasses. We got something much better than we might have had, left to our own devices. It crystallized what it should be. It’s one of those serendipitous moments where all the things that might have gone wrong, didn’t.”

Lindsay-Hogg notes, “The director of photography, Tony Richmond, and I thought there’s another way to light them as well, because it was kind of general performance lighting on the first one we shot in the early afternoon. In the second version, we shot them in these shadows. It was much more to do with shadows, and Mick coming in and out of light, and that whole little walk he does at the beginning. We put that together, and that’s the one they liked best because it had a slightly decadent feel to it.

When I edited them and played them back, they loved the videos. I’d hate to think they didn’t, because then I went on to do their videos for 15 years.”

Long before the advent of MTV, music videos (then referred to as promotional films, or “promos” for short) were few and far between, with very limited outlets to air them. The most popular bands such as The Rolling Stones, The Beatles and The Who, made these “promos” did so with the intent of allowing broadcast in several different countries without the bands having to travel to perform in TV studios where there were “genuine security issues” according to Lindsay-Hogg, who directed videos for all three acts. Top of the Pops, the aforementioned Ready Steady Go! in the UK, Shindig!, Hullabaloo and The Smothers Brothers Comedy Hour in the US were early participants in broadcasting such materials. The Rolling Stones, who were already international superstars by the mid-1960s, now had another tool to help push a single such as “Jumpin’ Jack Flash” (UK #1, US #3) into the upper echelons of the charts.