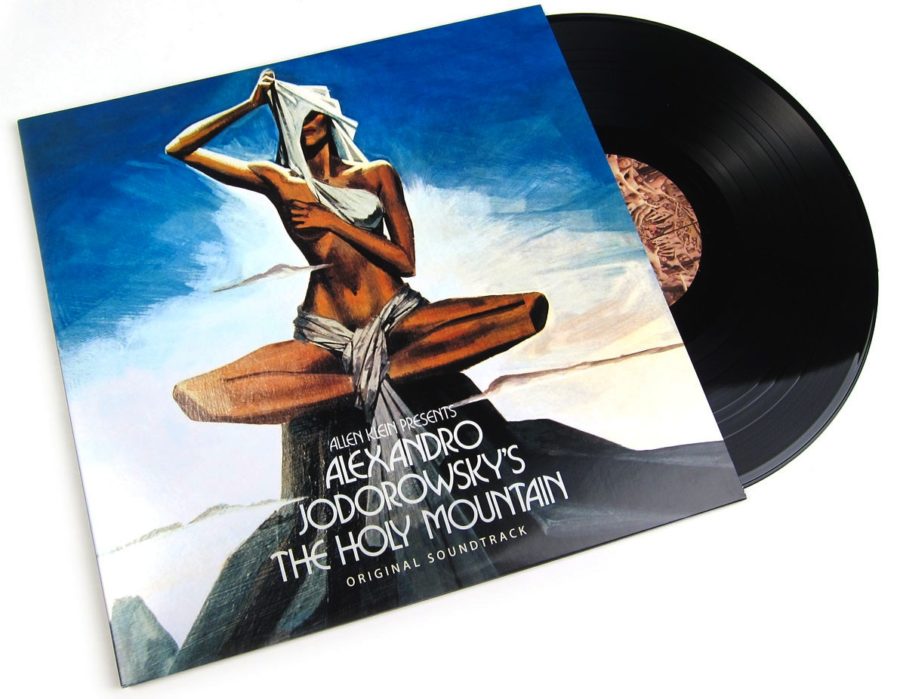 When Jodorowsky wanted, in his words, “another kind of music—something that wasn’t entertainment, something that wasn’t a show, something that went to the soul, something profound,” for the soundtrack to The Holy Mountain, jazz legend Don Cherry and crack studio musician (and one-time member of the Archies) Ron Frangipane came forward to share composing and, along with Jodorowsky, conducting duties. The result was a score that is every bit as hallucinatory as the fantastic visual imagery in the film itself. A cornucopia of musical styles that range from deep, primordial chants, to sitar folk melodies, to blaring orchestral riffs and romantic string arrangements provide the perfect aural accompaniment to a film that follows the philosophical and spiritual journey of its protagonist.

ABKCO and Real Gone Music have spared no expense in the creation of the gatefold double LP and CD of The Holy Mountain soundtrack. Both editions feature liner notes by New York Times contributor Eric Benson that include exclusive quotes from Jodorowsky himself, accompanied by a copious number of production stills. Produced for release by Grammy-winning producer Teri Landi and Mick Gochanour, and mastered from the original tapes by Joe Yannece (with lacquer cutting on the LP by Carl Rowatti at Trutone Mastering), this long-awaited release of Alejandro Jodorowsky’s The Holy Mountain: Original Soundtrack offers a major addition to the soundtrack canon and a completely unique listening experience.