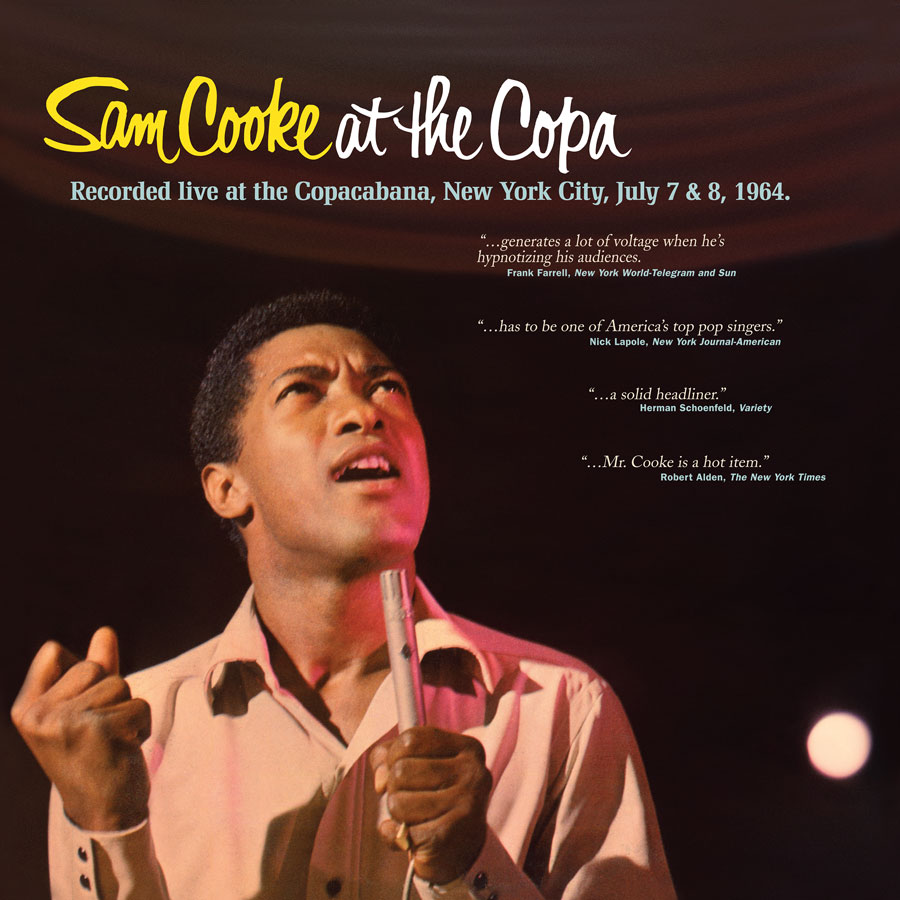 Sam Cooke’s set at the Copa is a microcosm of his overall career insofar as it mirrored the artist’s own eclecticism. Broadway, blues, folk, jazz, gospel and even country, and, of course, soul are represented on such tracks as “Nobody Knows You When You’re Down and Out,” “Frankie and Johnny,” “Try A Little Tenderness,” “Amen,” and the hits “Twistin’ The Night Away,” “You Send Me” and “(I Love You) For Sentimental Reasons.” Of special note is Cooke’s version of Bob Dylan’s “Blowin’ In The Wind” that refected the struggle for civil rights then underway. Dylan’s song inspired Cooke to write his like themed masterpiece, “A Change Is Gonna Come”.