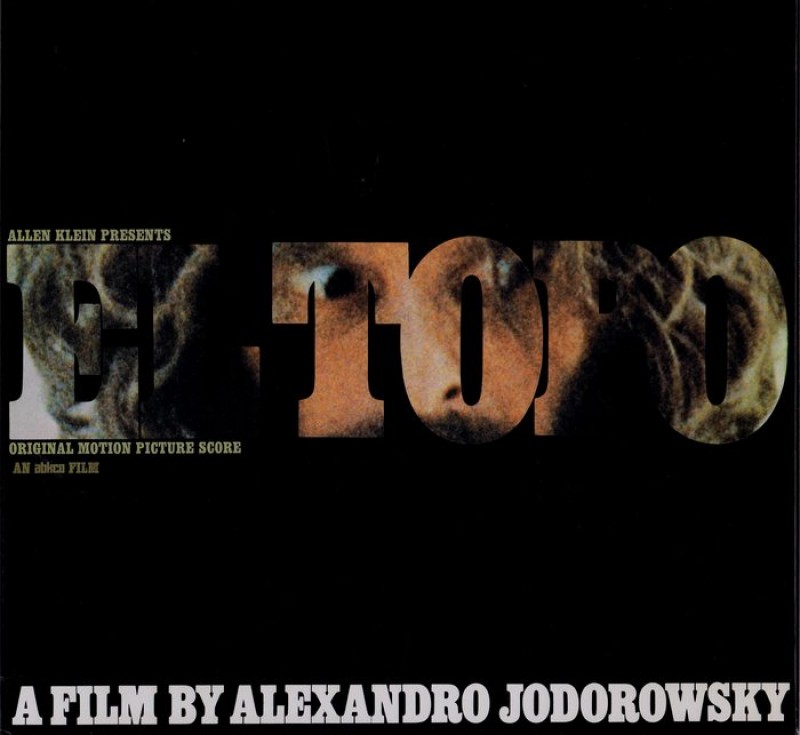 Championed by everybody from John Lennon to Peter Gabriel and decried by “Establishment” critics ranging from Vincent Canby to Gene Siskel, El Topo remains one of the controversial movies ever made. Director Alejandro Jodorowsky‘s bizarre, blood-soaked blend of spaghetti Western, druggy surrealism, Christian allegory, Zen Buddhist themes and avant-garde sensibilities gave rise to the entire “Midnight Movie” counterculture phenomenon of the early ’70s and forever changed the way adventurous audiences viewed film. Or, for that matter, heard film; for no soundtrack, before or since, has embraced so many styles in its pursuit of spiritual and artistic goals. Atonal, Tibetan Buddhist thighbone trumpets clash with beautiful, even sentimental, chamber orchestra pieces alongside pan flute rhapsodies, brass bands and parlor jazz; that Jodorowsky himself composed the score after, no doubt, intently studying the work of Morricone–is almost as impressive an artistic achievement as the film itself.

Now, Real Gone Music, in partnership with ABKCO Music & Records, is issuing this one-of-a-kind soundtrack album as a stand-alone compact disc for the first time since the original release produced by Allan Steckler for Apple Records back in 1971. What’s more, the design elements of the original packaging, including the four-page booklet boasting some of the film s hallucinogenic imagery and the gatefold album art, will be incorporated into the design of the CD booklet, which will also include liner notes by Jodorowsky expert Klaus Biesenbach, current Director of MoMA PS 1 in Queens, NYC. Mastered by Joe Yannece at Classic Sound in New York, and produced for reissue by ABKCO’s in-house Engineer Teri Landi and Mick Gochanour, with tape transfers by Landi, Real Gone/ABKCO’s release of El Topo on CD fully captures Jodorowsky’s singular sonic vision.

The Rolling Stones ‘Let It Bleed’...