Full Casting Announced for One Night in Miami… Performances 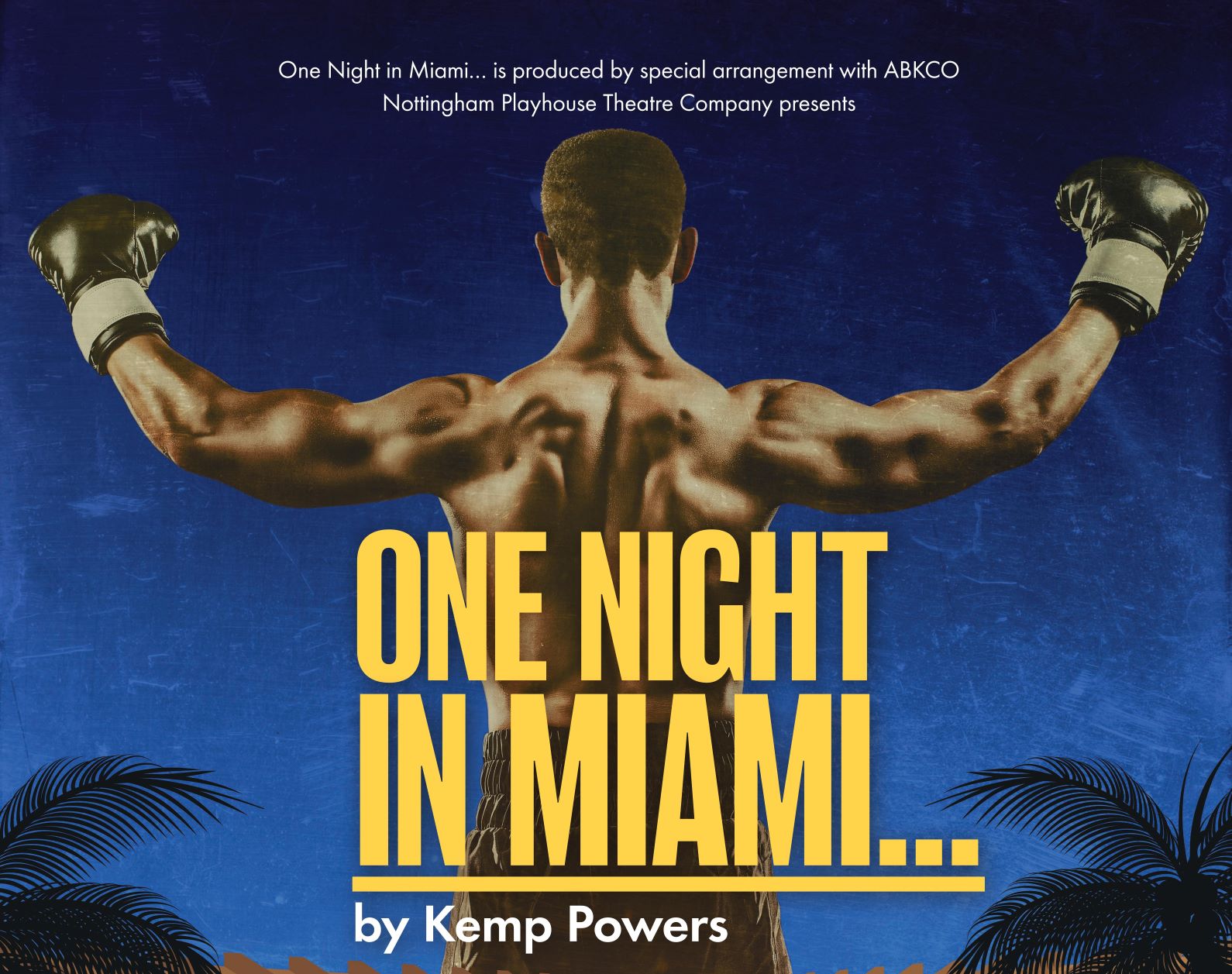 Set in 1964 in the midst of the civil rights movement, the men celebrate Clay’s title win in a Miami hotel room. Kemp Powers’ tough-talking drama speculates what might have taken place in that room that night, as the black icons tease each other, have passionate arguments on race and power, and share their dreams of a better life for all.

Completing the cast, Oseloka Obi and Nottingham actor Andre Squire play members of the Nation of Islam’s security troop, protecting the four men against the realities of the world outside the motel room.

Directing the play will be Matthew Xia; one of the UK’s most exciting theatre directors, known for his innovative and thought-provoking productions including Blue/Orange at the Young Vic, Into the Woods and Frankenstein at Manchester’s Royal Exchange. This will be Matthew’s return to Nottingham Playhouse following the critically-acclaimed Shebeen.

“One Night in Miami… lets us into that historic room where we get to see these icons as friends, and allies in the civil rights movement. It explores the responsibilities that come with being a successful Black man in 1964 America – and how these conversations resonate today.
The evening is full of laughter, bonhomie between brothers, and a fair bit of tension as they work out what the next steps are for the movement and how best to lift an entire people!

Audiences can also expect amazing music from the era, including Sam Cooke’s anthemic A Change is Gonna Come.”

After the success of award-winning play Shebeen in the 2018 programme, artistic director Adam Penford has continued his programming of politically charged productions that address societal issues of race and class.

“I am delighted that Nottingham Playhouse has been chosen to present the UK regional premiere of this astonishing play, which has been acclaimed by audiences across the globe.

This fictionalised account of four black icons in the 1960s, set against the backdrop of the civil rights movement, has a huge amount to say about contemporary society. Kemp’s incredible writing is hilarious, heart wrenching and compelling.

The art deco inspired set design is beautiful and Matthew Xia has assembled a first-rate cast; I guarantee that Matt Henry singing Sam Cooke’s music will be an unforgettable experience.”

One Night in Miami… runs at Nottingham Playhouse from Friday 7 through to Saturday 22 June 2019. Tickets are priced £37.50 – £8.50. Book tickets here
Following the run in Nottingham, the production will tour to Bristol Old Vic (25 to 29 June) and HOME Manchester (2-5 July).

One Night in Miami… received its theatrical stage premiere in the UK at the Donmar Warehouse on Tuesday 11 October 2016.