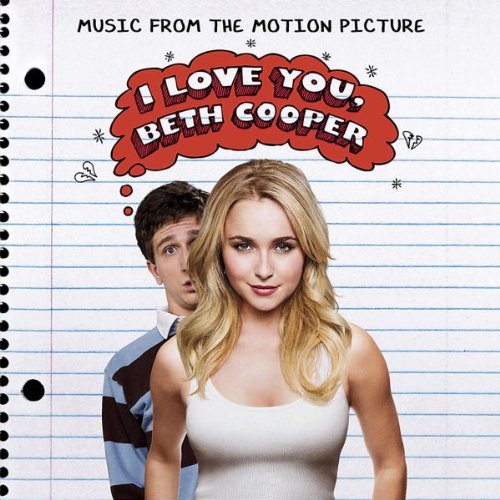 The hottest soundtrack release of the summer hits stores on June 23rd, paving the way for this summer’s blockbuster film opening on July 10th. The film is based on Larry Doyle’s (“The Simpsons”) bestselling book. The eclectic soundtrack features tracks by Gym Class Heroes, Kiss, Foreigner, The Kooks, Alice Cooper, OK GO, The Hives, Smokey Robinson, Eleni Mandell and more. The soundtrack will also feature several songs from the score, composed by Christophe Beck. I Love You Beth Cooper, starring Hayden Panettiere (HEROES) and Paul Rust, follows a nerdy valedictorian (Rust) who proclaims his love for the most popular girl in school, Beth Cooper (Panettiere), during his speech at graduation. Much to his surprise, Beth shows up at his door that very night and decides to show him the best night of his life! Click the Buy link to pre-order the CD now!!