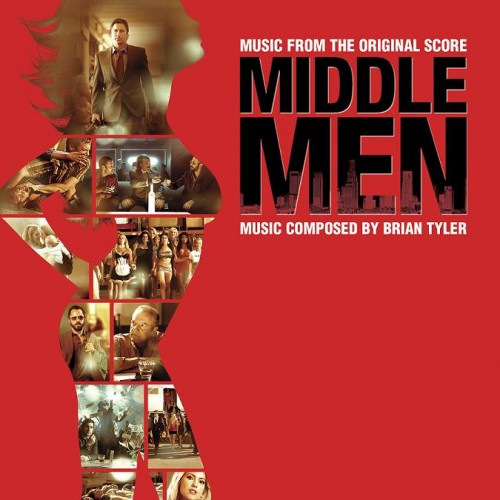 In 1995, everyone had a VCR, music was sold in record stores, and the world-wide-web was a new found discovery. Businessman Jack Harris (Luke Wilson) had the perfect life – a beautiful family and a successful career fixing problem companies. And then he met Wayne Beering (Giovanni Ribisi) and Buck Dolby (Gabriel Macht), two genius but troubled men, who had invented the way adult entertainment is sold over the internet. When Jack agrees to help steer their business, he soon finds himself caught between a 23-year-old porn star and the FBI all the while becoming one of the wealthiest entrepreneurs of his time. Inspired by a true story that proves business is a lot like sex… getting in is easy, pulling out is hard. Daily Variety descried MIDDLE MEN as “Boogie Nights meets Goodfellas.”

George Gallo noted “Tricia Holloway and Chris Mallick were fantastic with their commitment to the movie’s soundtrack and understanding that it was just as much a character in the story as the characters themselves. Normally you temp a movie with great songs and rarely do you get the opportunity to keep them in the final cut. Here I not only got the opportunity to keep them all, a few more great tunes were added. Composer Brian Tyler added an even deeper dimension to the movie. Whereas the songs punctuated the upbeat and chaotic energy of the story, Brian’s score completely realized the growing sense of danger and regret that was driving Luke Wilson’s character on his journey. The music, both songs and score, were beautifully synchronized and completely compliment one another.”

Brian Tyler, an accomplished multi-instrumentalist (drums, piano, guitar, bass, cello, percussion) and conductor has written scores for dozens of feature films and television productions. Recent projects Fast and Furious and Law Abiding Citizen earned him 3 ASCAP Film Music Awards and a nomination for Composer of the Year by the International Film Music Critics Association in 2010. His scores for Constantine and The Final Cut were also IFMCA nominees. He has scored numerous action features including Rambo, The Expendables, The Hunted, Alien vs. Predator: Requiem, The Final Destination, and Eagle Eye for producer Steven Spielberg.

Cinemusic named him Best New Film composer of the Year in 2002 with his Frailty score winning Best Thriller Score of the Year; he received an Emmy nomination for his score for The Last Call. He was nominated for Discovery of the Year at the World Soundtrack Awards that same year. His scores for both Darkness Falls and Children of Dune won BSO Spirit GoldSpirit Awards for Best Score of the Year in their respective categories in 2004.