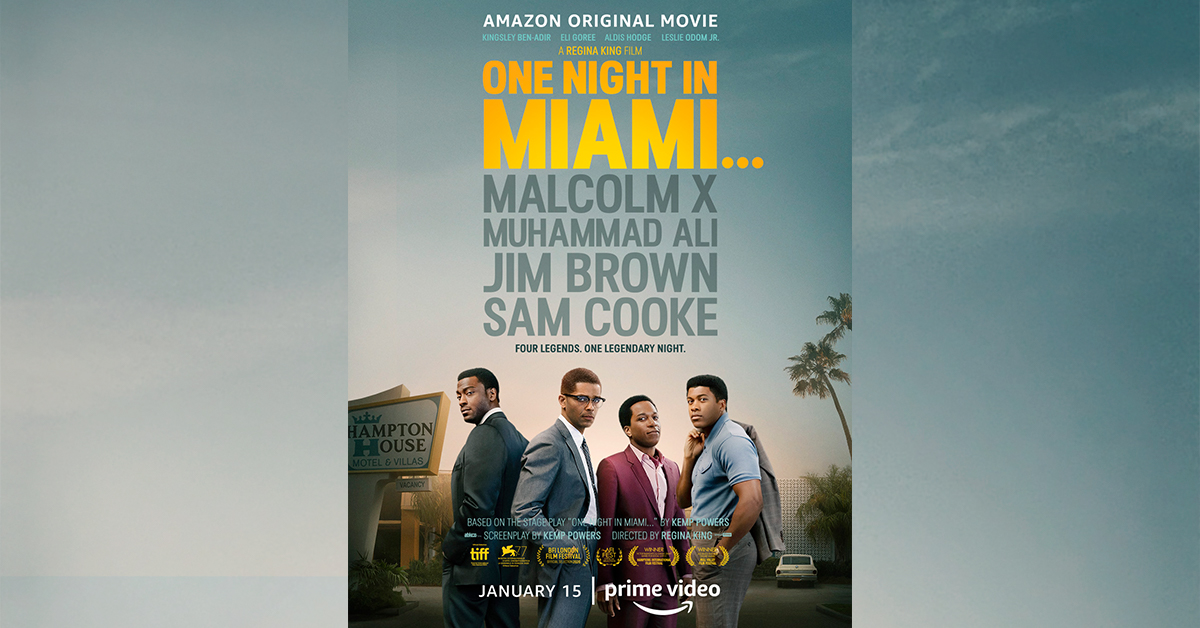 Regina King’s directorial debut and Oscar hopeful, “One Night in Miami,” has released its first trailer.

Taking place in Miami, Fla., on Feb. 25, 1964, the film is a fictional account of an evening with iconic Black figures Muhammad Ali (Eli Goree), Jim Brown (Aldis Hodge), Sam Cooke (Leslie Odom, Jr.) and Malcolm X (Kingsley Ben-Adir), as they gather to discuss civil rights and the cultural upheaval of the 1960s. Inspired by true events, the quartet of historical characters celebrate Ali’s latest boxing victory as the heavyweight champion of the world and discuss the civil rights movement led by Malcolm X at the time.

King’s historical drama debuted at the Venice Film Festival earlier this year, the first feature by a Black woman to ever premiere in the fest’s 77-year history. Amazon Studios bought the worldwide rights to “One Night in Miami” after a very competitive bidding war between multiple studios. No sales figures have been made public, but it is rumored to have been one of the biggest independent film sales in history.

King could become the first Black woman ever nominated for best director at the Academy Awards if “One Night in Miami” picks up Oscar buzz, which is on track to do. She could also become the first person to win an Oscar for acting — which she did for “If Beale Street Could Talk” — and then receive a nod for directing.

The film’s producers are Jess Wu Calder and Keith Calder of Snoot Entertainment and Jody Klein of ABKCO. King and Powers serve as executive producers.