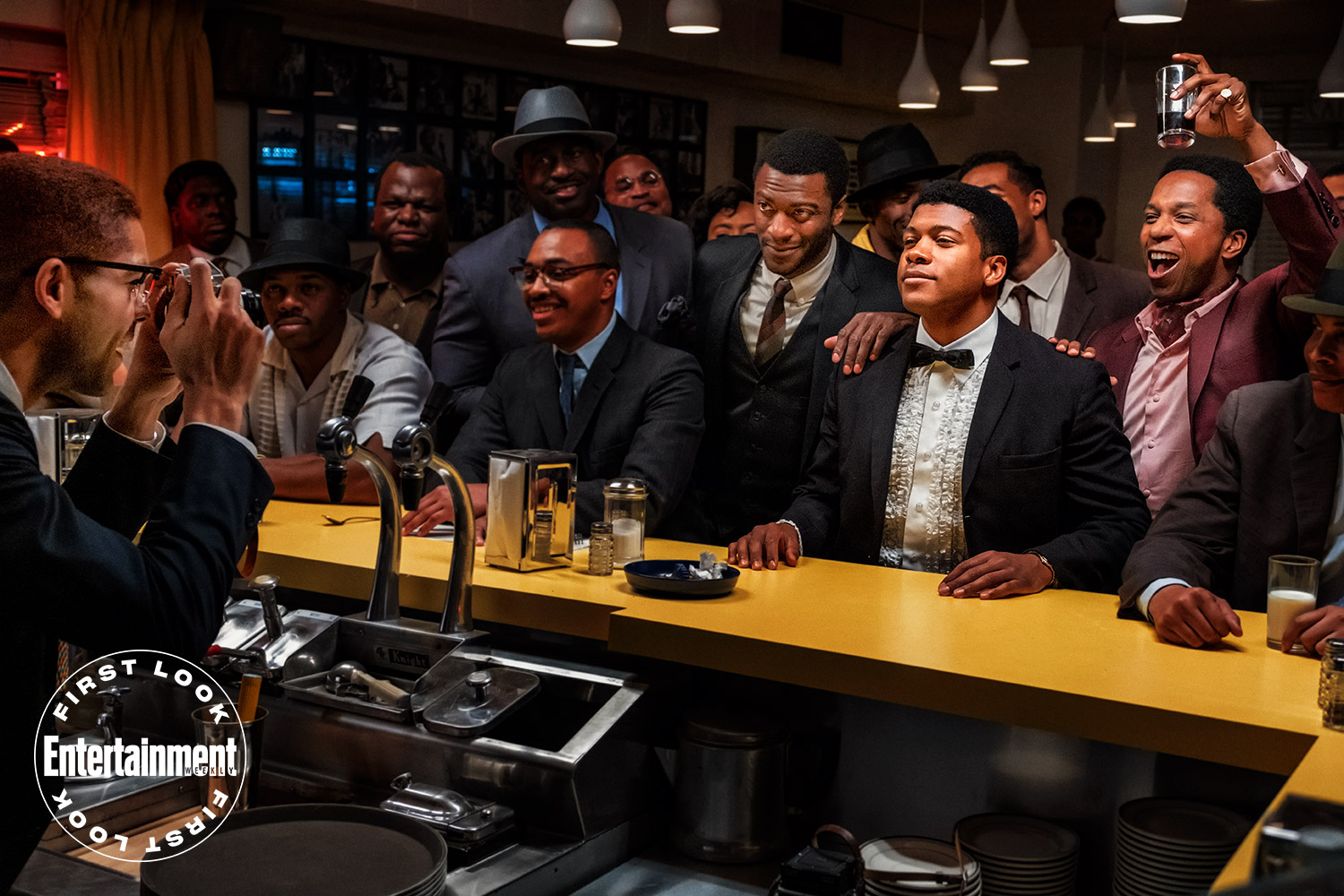 Regina King gives an exclusive first look at One Night in Miami, her directorial debut

After an Oscar-winning turn in If Beale Street Could Talk, a universally praised starring role on HBO’s Watchmen, and a stunning EW 2019 Entertainer of the Year cover to boot, Regina King is making her next big move behind the scenes with her feature directorial debut, One Night in Miami.

Written by Kemp Powers, adapted from his own 2013 stage play, the film takes place on the evening of Feb. 25, 1964, after Cassius Clay (pre-name-change to Muhammad Ali) stunned the world by defeating heavyweight boxing champion Sonny Liston at the Miami Beach Convention Center. Young Clay is not, however, allowed to stay on the island because of segregation laws, so he heads to the Hampton House Motel in one of Miami’s historically Black neighborhoods to celebrate with his friends Jim Brown, Sam Cooke, and Malcolm X. By the next morning, the group of men who would all go on to become civil rights icons develop renewed ideas of what their responsibilities to the world are.

In a statement to EW, King says, “Black history IS American history! I am so excited that today, on Juneteenth, we get to share this first image from our film One Night in Miami.” The director gives special attention to her cast, noting how she “can’t wait for you all to see the brilliance these brothers bring to their portrayals of Malcolm X, Sam Cooke, Cassius Clay and Jim Brown.”

Shot in New Orleans, the film wrapped earlier this year and is now in post-production. While neither a release date nor distributor have been announced, EW can exclusively share that King has brought on Oscar-nominated composer Terence Blanchard, who just worked on Da 5 Bloods with his longtime collaborator Spike Lee, to do the film’s score.