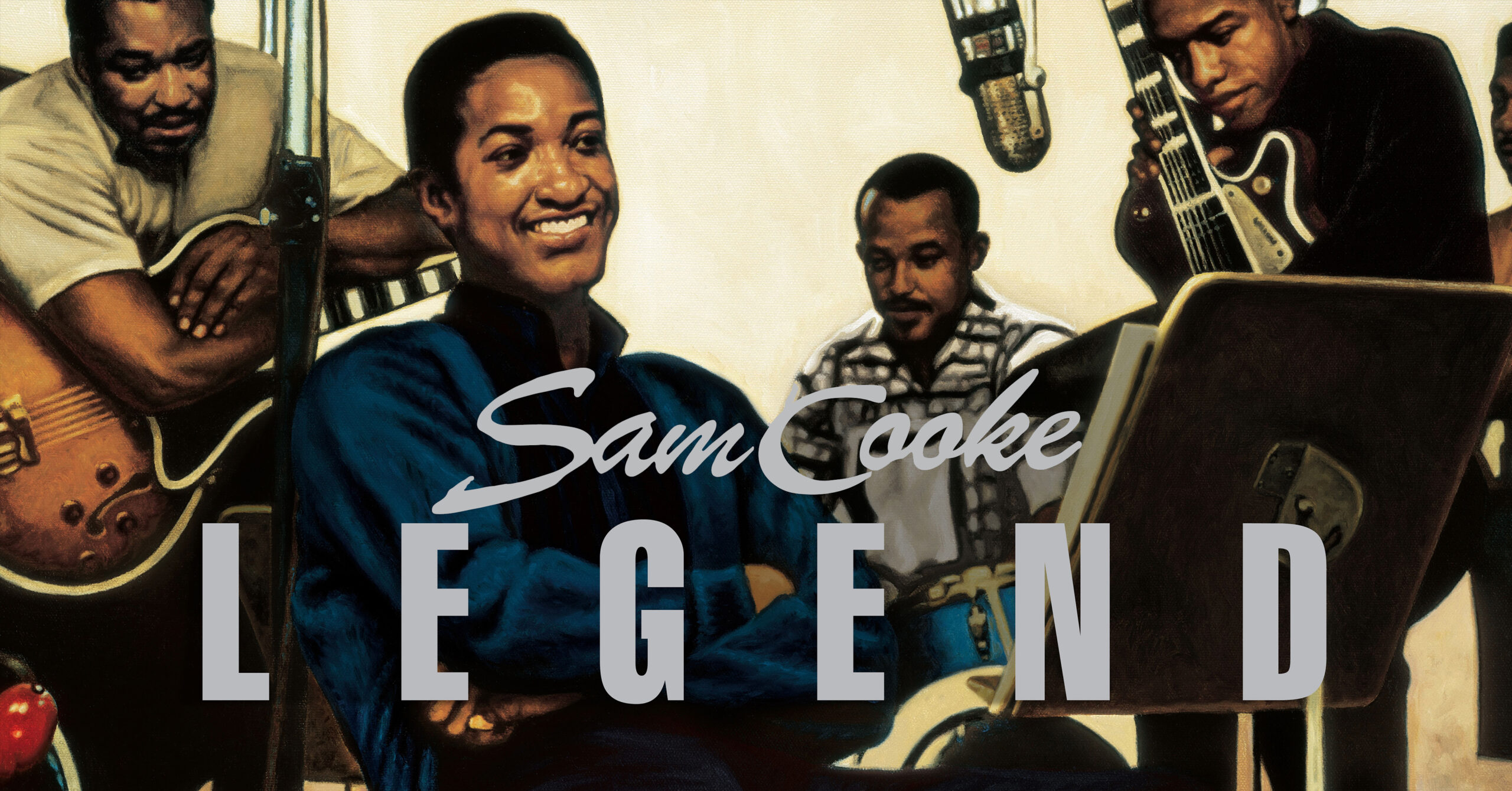 The life and music of Sam Cooke, soul’s first superstar, are examined in the critically lauded Sam Cooke: Legend, the Grammy® Award winning feature documentary from ABKCO Films. The 66-minute film examines the extraordinary career and tells the real story of his life through first-person accounts from family, childhood friends, musical collaborators and business associates along with Sam Cooke himself.   Originally released in 2003, it has long been out of print; it will be reissued on DVD April 30 and can be preordered now:

With the success of the film One Night In Miami…, directed by Regina King, focus on the life of Cooke, portrayed in the film by Leslie Odom Jr., has grown exponentially. Sam Cooke: Legend traces both Cooke’s professional and personal life – from his gospel-singing roots in the early 1950’s through his R&B and pop music career to his untimely death in 1964. It was available for streaming through Amazon Prime earlier this year in celebration of the soul icon’s 90th birthday. The forthcoming DVD re-release includes extra content providing additional insight into the life and legacy of Sam Cooke.

The film recounts his commitment to the struggle for civil rights, underscored by his last and most enduring hit song, “A Change Is Gonna Come,” as well as his transcendent and consummate popular appeal.  Sam Cooke:  Legend was awarded a Grammy in 2004 in the Best Long Form Video (since renamed Best Music Film) category. One of the highlights includes archival newsreel footage of Cassius Clay, the jubilant newly-crowned heavy weight champion, spotting Sam Cooke in the crowd and inviting him into the ring exclaiming, “Let that man up! This is Sam Cooke! This is the world’s greatest rock ‘n’ roll singer!” That same frantic and scenario is depicted, almost scene for scene, in One Night In Miami… .

Sam Cooke: Legend was written by best-selling author Peter Guralnick whose Dream Boogie: The Triumph of Sam Cooke, is widely recognized as the definitive biography of the musical giant.  It is narrated by Tony Award winning actor Jeffrey Wright (“Basquiat,” “Angels In America,” “Ali”) and was directed by Mary Wharton and produced by Robin Klein and Mick Gochanour.

The documentary features rare and never-before-seen performance clips, TV footage and family photos, plus exclusive original interviews. These include conversations with the late Aretha Franklin, TV host Dick Clark, singer Lou Rawls who was a childhood friend of Cooke’s and R&B great Lloyd Price. Also seen is Bobby Womack who, early in his career, enjoyed a rewarding musical association with Cooke who produced his hit “It’s All Over Now,” later covered by The Rolling Stones as referenced in One Night In Miami… .  Cooke’s gospel roots are discussed by LeRoy Crume of the Soul Stirrers, the seminal group that Cooke joined as a teen, Cooke’s siblings as well as daughter Zeriiya (Linda Cooke Womack). Another participant is recording mogul Lou Adler (Mamas and Papas, Carole King), who co-wrote “Wonderful World” with Cooke and Herb Alpert.

The film chronicles Cooke’s struggle to make it in the world of popular mainstream music culminating in his triumphant engagement at New York’s Copacabana in the summer of 1964.  From his birth in the Mississippi Delta through his family’s move to Chicago and the realization of his gift as expressed in his early gospel work, continuing through his change to secular music, his life can be viewed as a microcosm of the struggle for recognition and opportunity by African Americans in the mid-20th century.

Born in Clarksdale, Mississippi and raised on Chicago’s South Side, Sam Cooke was the son of a Baptist minister. He started singing in the church choir as a child and encouraged by his father, joined with his siblings to form a gospel group, the Singing Children. By the time he was a teenager, he had achieved significant success within the gospel community on the strength of his distinctive vocal style. In 1950 he was asked to replace legendary  singer R.H. Harris as lead vocalist of The Soul Stirrers.

Cooke crossed over into the world of popular music in 1957 and shot to the top of the R&B and Pop charts with his self-penned “You Send Me.” From that time on, he was never out of the Top 40, with smash hits like  “Wonderful World,” “Chain Gang,” “Cupid,” “Twistin’ the Night Away,” “Another Saturday Night” and “Shake.” His success didn’t surprise Aretha Franklin, who had earlier seen him perform at her father’s church. She  commented, “Sam was a prince of a man. He just had everything going for him. Sam had the looks, he had the voice, he had the manner, he had the charm, he had the savoir faire.”  A triumphant early-‘60s tour of the U.K. left a generation of young musicians like the Beatles, the Rolling Stones, Van Morrison and Rod Stewart enthralled as well.

A champion of creative rights who wrote much of his own material, Cooke was among the first artists to recognize the importance of owning the publishing rights to his own compositions. He later established his own record  label and business empire to better realize his far-reaching musical ambitions.

Refusing to perform for segregated audiences in the South, Cooke utilized his stature as a performer to help break down the color lines separating blacks from whites, and in the process became, along with his friend Muhammad Ali, a symbol of the new Black American. Further inspired by Bob Dylan’s “Blowin’ in the Wind,” Cooke wrote “A Change Is Gonna Come,” a song that would become an anthem of the civil rights movement after Cooke’s senseless shooting death in December of 1964. Sam Cooke was 33 years old at the time and more than 34 years have passed since then but interest in his life and work is stronger today than ever before.

Sam Cooke: Legend is a comprehensive look at a figure who is, arguably, one of the most influential musical forces of the twentieth century and whose legacy resonates to the present day.