Isle of Dogs tells the story of Atari Kobayashi, 12-year-old ward to corrupt Mayor Kobayashi. When, by Executive Decree, all the canine pets of Megasaki City are exiled to a vast garbage-dump, Atari sets off alone in a miniature Junior-Turbo Prop and flies to Trash Island in search of his bodyguard-dog, Spots. There, with the assistance of a pack of newly-found mongrel friends, he begins an epic journey that will decide the fate and future of the entire Prefecture. The film is Anderson’s return to opening the Berlin International Film Festival after The Grand Budapest Hotel in 2014, and his return to stop-motion animation after 2009’s Roald Dahl adaptation Fantastic Mr. Fox. Isle of Dogs is scheduled to close the 2018 SXSW Film Festival on March 17 and will be released in theatres on March 23.

Music supervisor Randall Poster commented, “Wes and I couldn’t be more excited to share this music from the film. Built on a taiko drum foundation, Alexandre has created a unique and purposeful film score that we think is like no other. While we were keen to follow the musical lure of the Kurosawa, Wes — as always — managed to inspire a tribute that is, nonetheless, all his own.”

Academy Award® winning Parisian composer Alexandre Desplat began his career scoring French films, switching over to English language films in the early 2000s, and he has since earned an impressive number of accolades. He has scored Wes Anderson’s three previous films, Fantastic Mr. Fox, Moonrise Kingdom and The Grand Budapest Hotel, the latter earning him the 2015 Academy Award® for Best Original Score as well as a Grammy Award® for Best Score Soundtrack for Visual Media. Desplat has racked up eight additional Oscar® nominations over the years, the most recent being for The Shape of Water, a film that earned him his second Golden Globe Award®.

“One of the key elements keeping the action propulsive is a score by Alexandre Desplat unlike anything he’s done before,” the Hollywood Reporter noted in its review of Isle of Dogs. “Virtually every moment is underlaid with music, from pounding taiko drums to gorgeous percussive themes with gentle woodwind elements, its unmistakably Japanese flavor lending a soulful emotional charge to the themes of loyalty, friendship and honor.”

Japanese composer Fumio Hayasaka worked with legendary filmmaker Akira Kurosawa on many projects, including Seven Samurai (1954), one of the most referenced films in history. Isle of Dogs Soundtrack includes a composition from Seven Samurai, performed here by the Toho Symphony Orchestra, as a cinematic nod to Kurosawa’s work. “Kosame No Oka” is a central musical thematic from the filmmaker’s 1948 crime noir Drunken Angel. From the same era is Japanese singer/actress Teruko Akatsuki’s sole 1951 release “Tokyo Shoe Shine Boy.”

“I Won’t Hurt You” originally appeared as a B-side on the debut 1966 single by Los Angeles-based psychedelic group The West Coast Pop Art Experimental Band. Known for their sometimes bizarre and childlike music, WCPAEB released six albums before breaking up at the dawn of the following decade.

The Sauter-Finegan Orchestra was an American swing band formed in the 1950s that gained a reputation for using non-traditional instruments in their performances. Their 1952 single “Midnight Sleighride” incorporates piccolo, xylophone, triangle, chanting, and, of course, sleigh bells.

After graduating from Manhattan School of Music with a BA in jazz flute and saxophone, American composer/musician Kaoru Watanabe moved to Japan to master the traditional art of taiko drumming. Since returning to the U.S., Watanabe has become a world-renown performer and educator in this discipline and lent his creative talents to provide authentic taiko percussion on the Isle of Dogs Soundtrack.

ABKCO has a unique working relationship with Wes Anderson and his longtime music supervisor Randall Poster, releasing the original soundtrack for every film Anderson has written and directed over the last decade – The Darjeeling Limited (2007), Fantastic Mr. Fox (2009), Moonrise Kingdom (2012) and The Grand Budapest Hotel (2014). These soundtracks are all currently available from ABKCO Records. 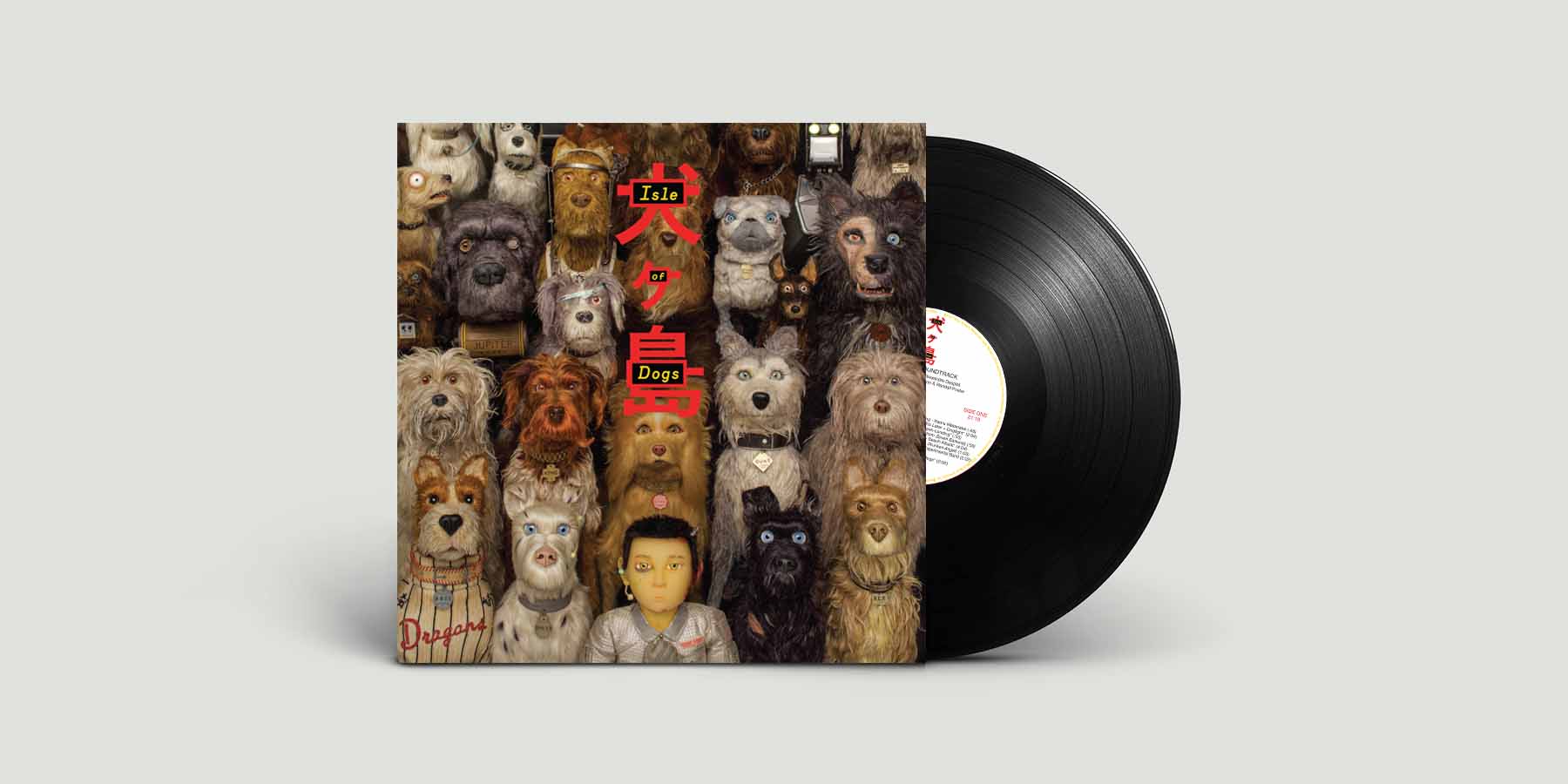 Isle Of Dogs Soundtrack Out On Vinyl June...